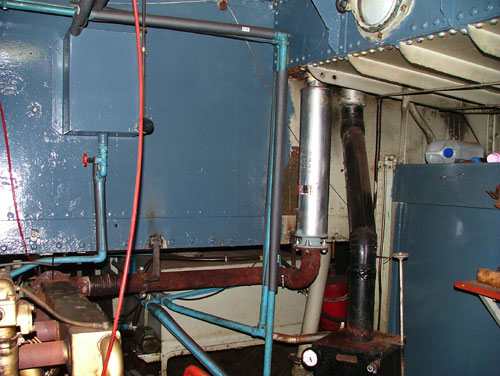 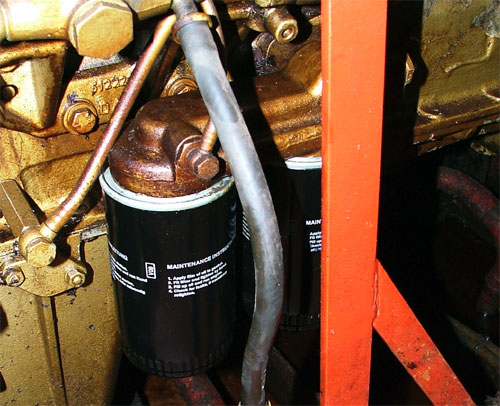 25th November 2007 – Not always working, so enjoying my new office and writing some articles for the website binnenvaarttaal.nl.

In the morning I went taking pictures of a spits barge that used to be at the scrapyard, but came back to Bruges. I wrote about this ship a few months ago as well… 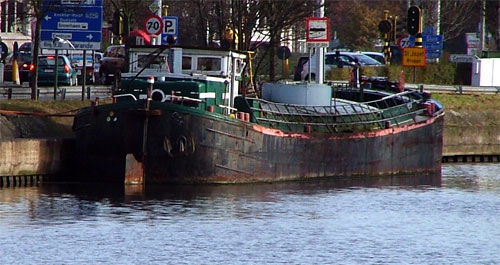 Watergeus – Changing the back accommodation (2)

24th November 2007 – Putting the carpet was a hard job that took nearly a whole morning. The floor was not plat and the tiles needed cutting in detail. I would not recommend using tiles in such an area. I would not even know what to put in such an area, so try to avoid them!

Around the noon I went shopping for some details for my office space and in the afternoon we placed the table. It is a top of an old office desk with three metal feet attached to it. It did not stand stable so It is well stitched to the wall as well. I’m not sure whether it will hold a week, so my computer is on the ground and only my screen stands on it.

While my mother painted some pieces on the outside that needed primer for the winter, a man came to fix my exhaust of the engine. He took a part with him so he can prepare everything at home. So my engine will run again before the end of the year! 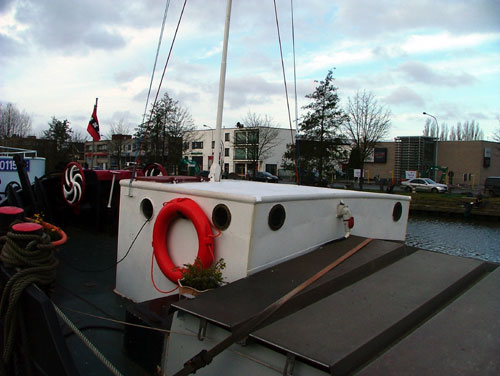 In the late evening I brought some furniture aboard, only one piece could not enter the cargo hold? I thought with such a big door,everything would fit, but no, sadly enough this was not possible. The worst thing is that this piece of furniture does not even can be taken apart. It is all glued and nailed…

Watergeus – Changing the back accommodation

23th November 2007 – Since I need some more space for living in the old accommodation, I decided to make some adjustments. I’m planning on removing one bed and make a small office space in this area. At the other hand I always decided not to touch the original accommodation, since it is so original. 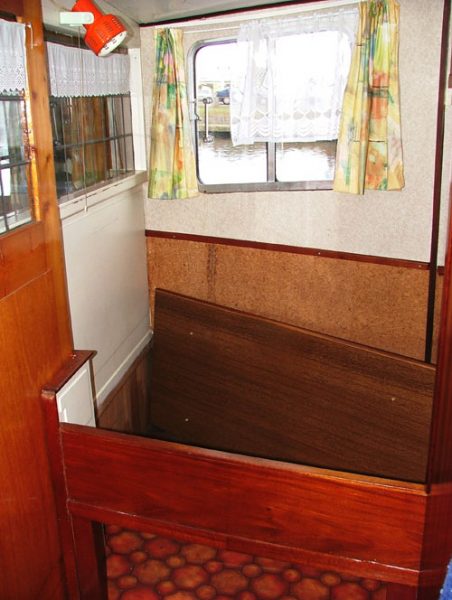 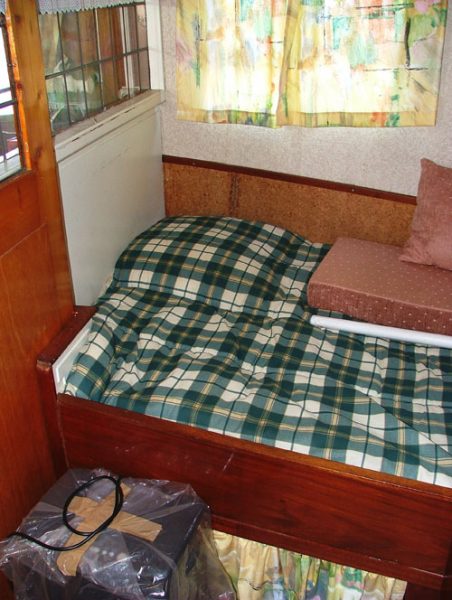 In the early morning we removed the mattress and other stuff that was piled on the bed. This proved I needed some more space. The bed was very solid made. I tried to keep as much paneling as possible for the future. In the old days nearly every sing bit was made of hard wood, wood that is often no longer available these days. After removing several pieces, I had to use a saw or breakdown the whole accommodation.

The free space made with removing the bed wasn’t that big. Since I have a Luxe Motor, the back goes up above the waterline. This means the very back is only 50cm off difference with the bottom metal plate and the gangway on top of it. So I had a flat space of Ω meter and the rest went up, impossible to put a decent desk or table.

After cleaning all the old stuff under the bed (even from previous owners) I painted the wood under the bed. Normally this wood won’t be visible, but I like it to be clean at least. I stopped working early since there was a party next door…

18th November 2007 – A fair bit of work has been done today. While my father continued removing old paint from the front cabin, I insulated the sleeping room of the old accommodation, added new wind protected strips to the door of the wheelhouse, cleaned some other stuff and removed a few of my flags. The Dutch flag and flag of Bruges were heavily damaged of the storm from two weeks ago. The Dutch one can be repaired, the one from Bruges is lost. It is sad, but they shouldn’t sell flags that can’t stand a bit of wind in souvenir shops…

I measured the inside of the old accommodation, since I would like to make some changes, like adding a small office space for me to work in the evening.

10th November 2007 – Arriving on the boat I noticed something was wrong. The hatches closed to the front were no longer in place. They had been bolted to each other and seven of them were moved. When I stepped aboard I straight away realized the wind had blown into my hatches. result, I lost two hatches, probably over board and seven other were moved. Last week there was a big storm and it must have caused this and some other trouble, like blowing away my bike…

The only thing I did that day was securing the hatches in every possible way, ropes, metal, etc… It is not nice, but it works and that is the main thing!

4th November 2007 – I paid a visit to Sluiskil in the late afternoon and discovered a lot has changed. The local government has towed away a few vessels to scrap yards. Every ship that has no paperwork and causing a risk to environment needs to go.

1st – 2nd – 3rd – 4th November 2007 – As I mentioned before, the best way to learn and do is to watch! Therefore I traveled around in the North of Holland in Volendam, Enkhuizen, etc… The last day I visited Rotterdam. Not only did I take plenty of pictures, I found many good ideas, colour scheme’s, etc… 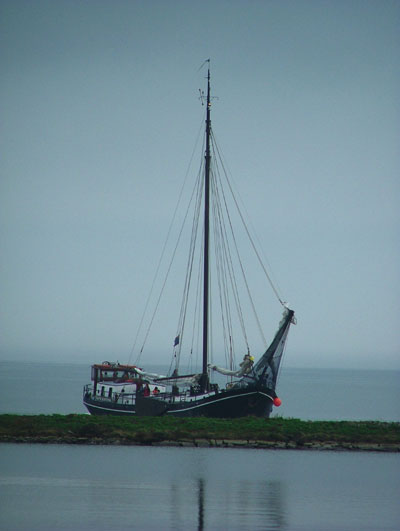 In a few shops I bought accessories for my ship such as old publicity panels of Bols drinks, copper plates for doors, etc… 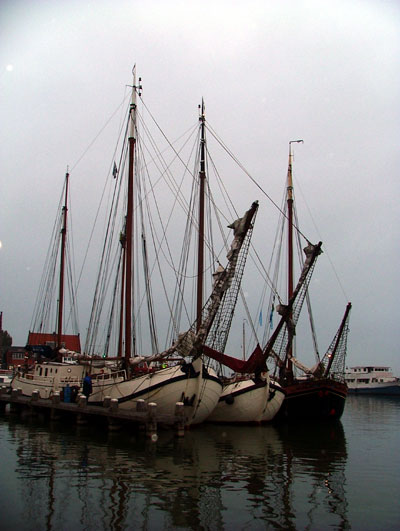 By talking to people, you hear their experience, their way of thinking and often they have tips and suggestions that can help you further. 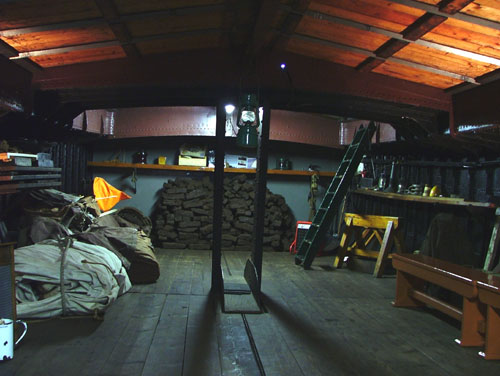