8th June 2016 – I finished work on the ‘Op Hoop van Zegen‘ and went to my car when I noticed the Carpe Diem was listing badly. I had a closer look and it certainly didn’t look right. The owner is someone I know, so I called him. He would come tomorrow, but I explained to him it was a matter of hours as she was listing. He came 20 minutes later. There was no water visible on the floor, but when the hatch near the bulkhead was open we noticed a lot of water. After pumping for halve an hour, I called another friend with a better pump. In the meantime, the outlets for kitchen and sink were under water. I took a dinghy and went in the water to seal them. 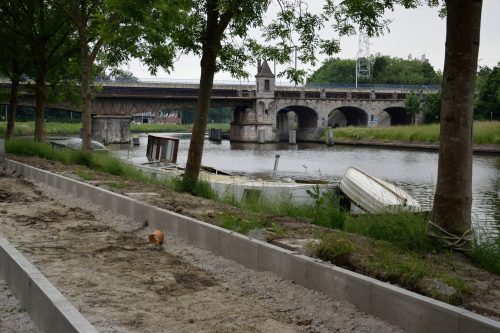