Watergeus – Removing rust on the waterline

22nd October 2018 – While my parents removed the paint from the bow, I continued chipping rust from the waterline at the stern of the vessel. I did around 7 meters and both rudders. Once finished, I put a coat of primer on it. She starts to look like a red hull.

While chipping rust from the rudders, I made a hole. It has to be welded as well.

Am I happy about the Tercoo discs? Yes! They do their work as promised. In some areas where there is a lot of tar, they fail, but I think most methods would get stuck in it. For removing hard rust, I have the feeling you need to push a little harder, but this not good for the disc itself. If you have a flat surface and you want to remove paint quickly, Tercoo is good. If it is an area with a lot of pitting, sandblasting would be better. 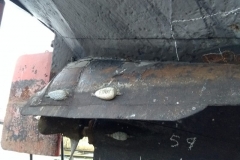 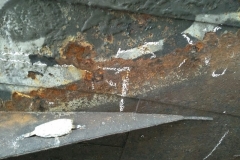 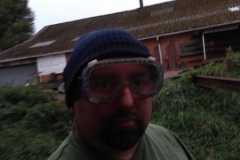