The repairs aboard the Maxx – Sinking again

7th July 2020 – I shouldn’t have taken a day off to help. The result was known before we even started. When the ship was launched in the water, the bilges became wet quickly. First through a small hole, later through the holes of the original plate. I tried with cement, but when closing one hole, water came through another one… There was nothing that could be done, but taking the ship back out of the water. The owner doesn’t want to give up on her and has already spent a fortune on a ship that isn’t worth it.

I am pretty much doing the same with my little yacht and shouldn’t judge. Nevertheless I am talking about different amounts of money of realising the same size of ship.

What annoyed me the most in this project is that the owner didn’t listen and had to say I was right at the end of the day, spending a fortune on craning that should never have happened. In my opinion there are only two options left: fiberglassing the whole hull or scrapping the boat. It is hard to say, but you will now already not get back any money you spent in the ship…. 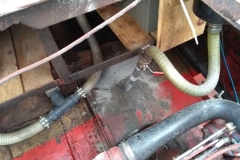 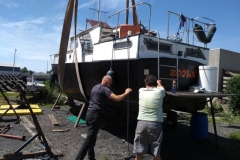 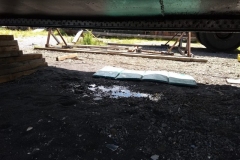 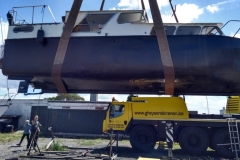 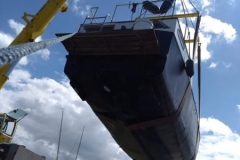 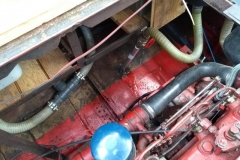 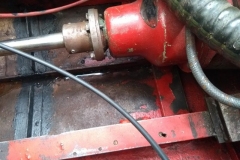 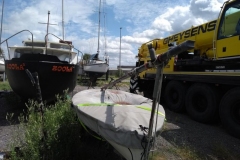