Watergeus – Painting and messing around

27th January 2007 – Painting in a t-shirt with wed feet (boat was leaking) is not recommended in January! I was ill, something I’m certainly going to have trouble with in the next couple of days! Besides a bit of painting and disconnecting my neighbours Lister engine, not much was done today!

26th January 2007 – When arriving, all holes were made in the den for the windows. They only needed to be a bit more enlarged to fit the windows in, but the clarity I’ll get with those windows will be much more then with those eleven portholes!

The outside of the back accommodation and wheelhouse were repainted today, so she is starting too look nicer. I tried to paint the hull with tar, but because of the bad weather, my little boat wasn’t stable and when it started raining, I had to quit completely.

In the late afternoon, my engine ran for an hour. I had new diesel, so I tried the engine out on full speed in reverse and forward. She is still going strong! 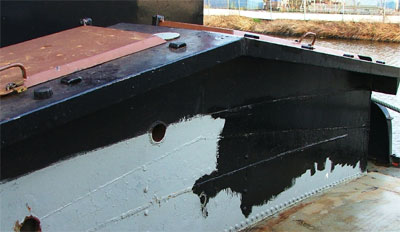 25th January 2007 – This website moved to its new location: http://www.livingafloat.com. ‘Living Afloat’ will also become more then just a site on my boat. You’ll discover more in the future!

21st January 2007 – Today, an extra diesel tank was placed aboard my boat. I sold my spare Lister engine and the anchor from the back was moved forward.

The spare tank will be used for the heater in the living room (has to be build). It is now still the moment to put everything aboard the boat. Once in Bruges, there is no crane barge in the area.

20th January 2007 – Last week, I ordered some rubber to put on the den to protect the hatches. I will put it on just before leaving Bruges when all welding works are finished.

Besides cleaning the bilges, the technical room was repainted in a lighter colour. Last year I painted it black, not knowing what intentions I had with that room. The welder continued putting on the other windows.

In the afternoon, we drawed the lines for the six windows, mentioned in December 2006. those six windows are slightly curved and much more difficult to place. It is hard to miss with a porthole, but those windows, if one is wrong, you’ll notice straight away.

This job took us over three hours. Trying from the inside and from the outside. In the end, we worked from the eye and didn’t measure anymore. If it looks right for the eye then it was good. There is nothing straight on a boat, so what to use as a fixed point…

19th January 2007 – This afternoon I arrived in Sluiskil. Unfortunately I couldn’t make it earlier. There was indeed no damage to my ship. The neighbour had lost his name sign on the bow and some paint. Instead he is now having some blue fishing boat paint…

While I was there, I started working, painting my anchor, which I was planning to move very soon to the front. 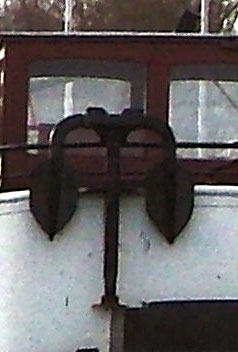 18th January 2007 – There was a big storm in Europe, especially in Great Britain, France, Belgium, Germany and the Netherlands. I was at home, so I could only hope that my hatches would hold it. My neighbour called late in the evening to let me know that the trawler in front of us broke free and had hit our vessels. There wasn’t much damage.

14th January 2007 – Continued to clean the bilges and build the wooden floor. It is starting to look nicer now. 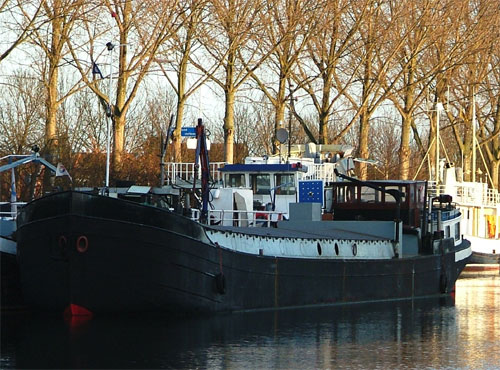 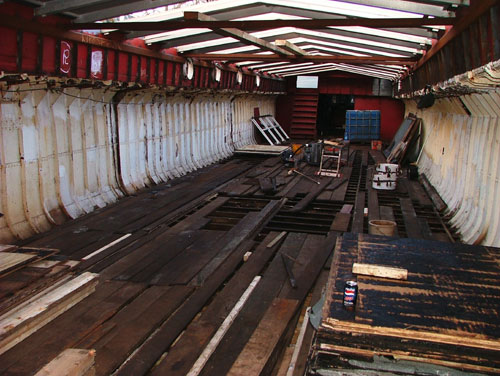 In the afternoon, I cleaned my deck and upper structure with a high pressure cleaner. A lot of the rust and graining dust came of, including the paint on the deck. This wasn’t such a big problem, since everything needs to be painted again before leaving to my mooring in Bruges.

The evening, I connected some cables to the generator. Earlier that day,Andy started the generator for me. He managed to do it without start pilot. Now the generator is ready for the trip later next month. In case something badly happens, the pump can now be connected in no time. Also during the trip, the battery charger stays on. 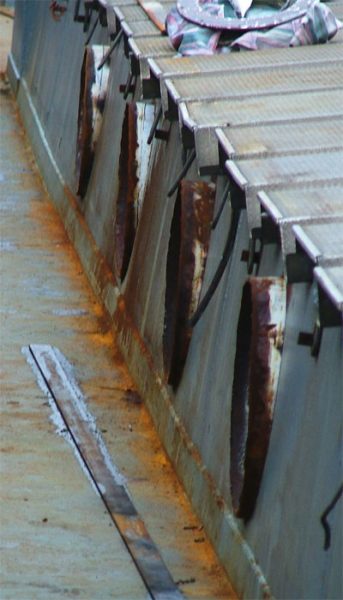 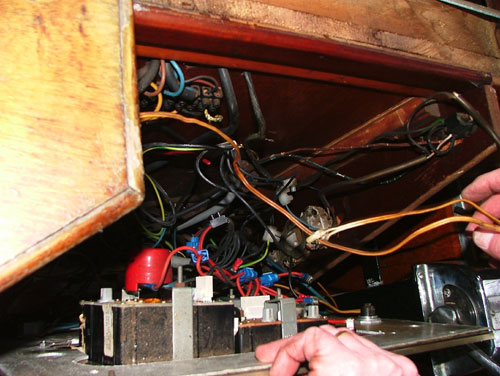 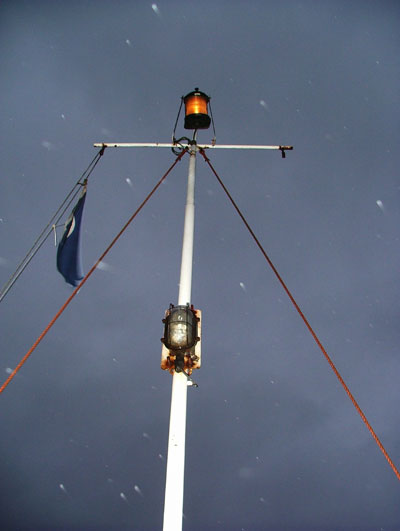