27th July 2008 – In the morning and a big piece of the afternoon I continued to insulate the roof, now the part of the living room. Since it was 39° on the inside I quiet earlier then usual with working. 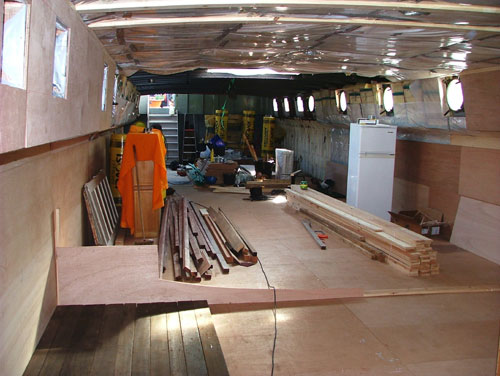 Everywhere it was so hot, back accommodation around 32°, my hold as well, wheelhouse 43°c. I do know why insulation and ventilation are important on a ship.

With the rest of the time I had left, I drawed a plan for the forepeak and what I would like to do with it. 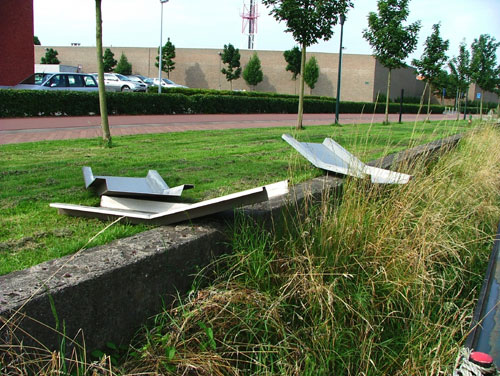 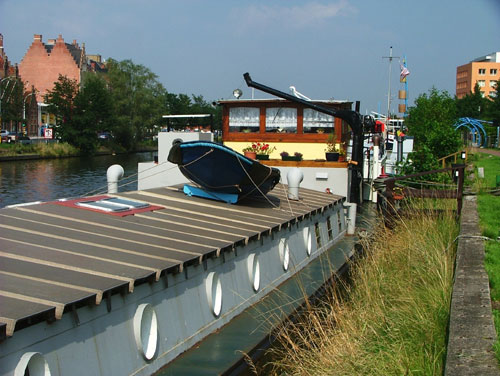 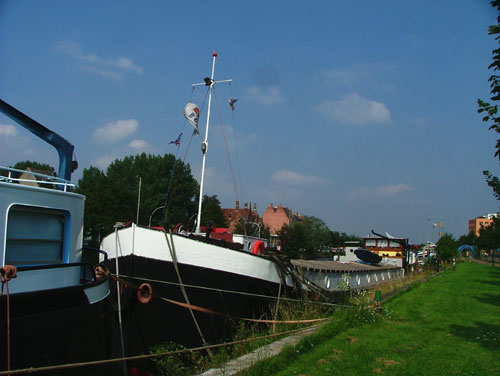 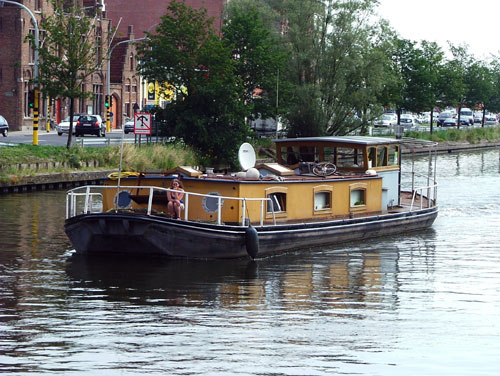 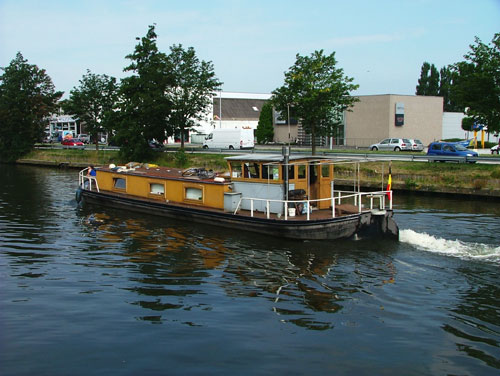 25th July 2008 – I started cleaning the lifeboat, a lot more work then I expected. I also removed the name on the ship and put a little cover on to prevent it from filling completely with rain. I’m not sure yet, but most likely I’ll keep it on the hatches and one day I’ll buy a car crane to put it in and out of the water. But that’s a far away dream! 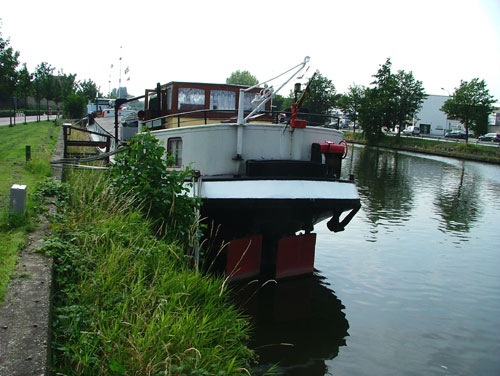 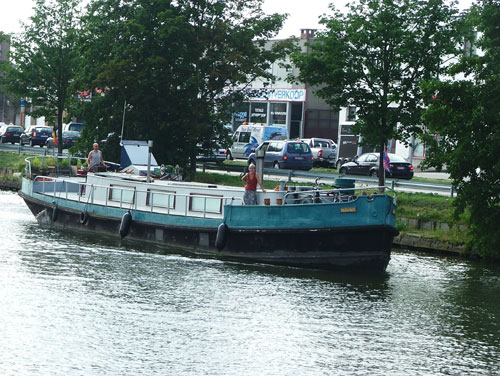 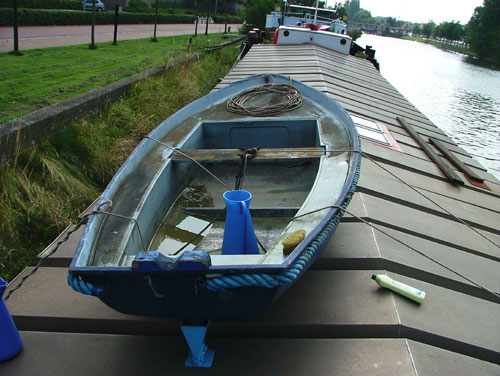 In the late evening it started raining so I worked a bit on the inside. I put another table in my little office space, so I could tart working from that space. It is real basic but it works.

24th July 2008 – Before going to work, I decided to take some pictures in daylight of the new boat. 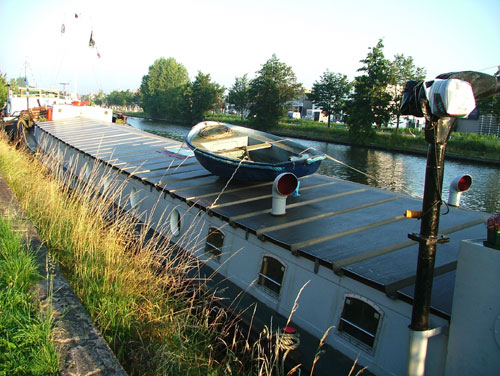 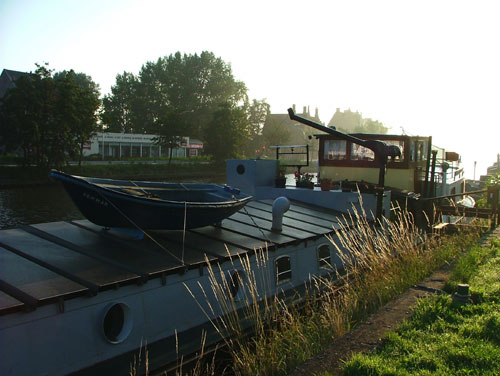 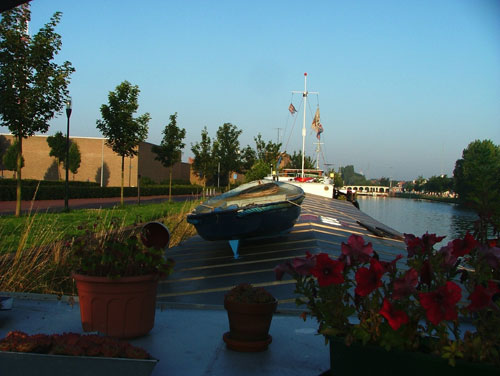 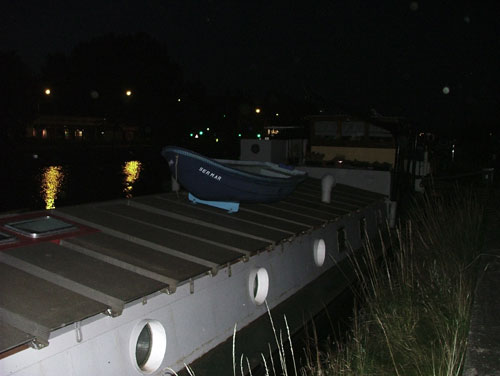 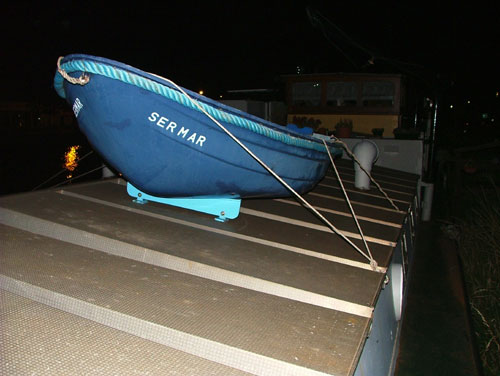 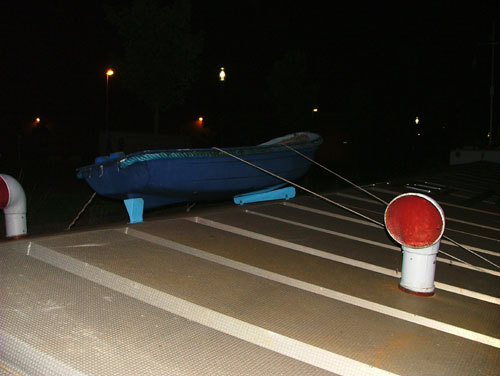 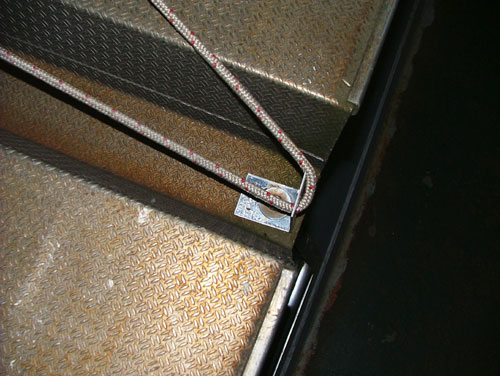 22nd July 2008 – I’m old fashion if it is about ships and decorating them. At the other hand my work is computer related. Therefore and for the future, I had decided to put computer network in the hold of my ship. It should become possible to use a computer or any network device in every room of the hold. I went buying the pieces today.

21st July 2008 – I went talking to the new neighbours who had bought a spits barge. In the evening we went to a local party in the city. 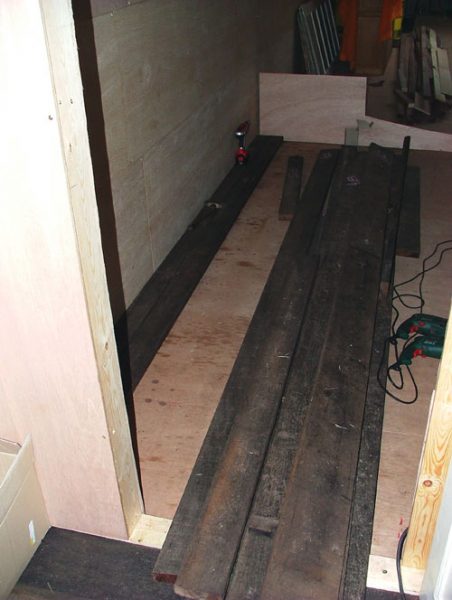 19th July 2008 – We worked mainly with multiplex today, building the sides of the ship. To have it straight, it is not an easy job. It looks simple, but it takes time, a lot of time! 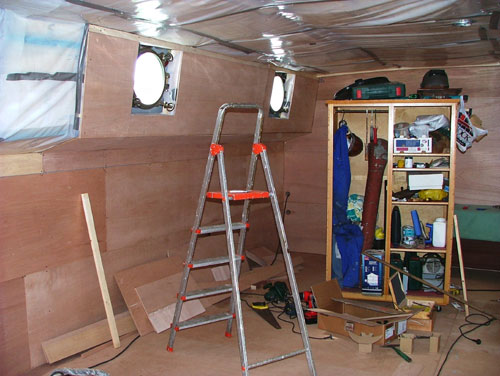 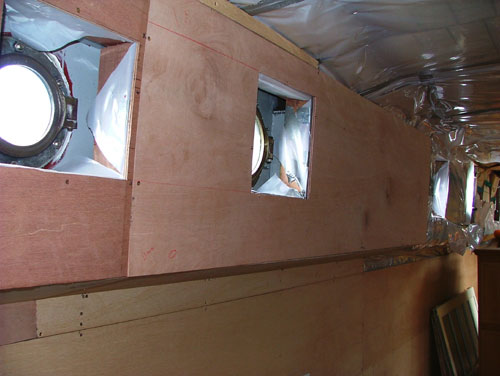 Electricity problems at my neighbour

17th July 2008 – Same trouble different day for my neighbour. I know how it feels to have trouble and don’t know to solve them. Sadly enough I can’t help her myself. My knowledge of electricity is so limited, it won’t even be of any use.

Watergeus – Lowering a cupboard and helping the neighbour

16th July 2008 – Perfectly on time, the man arrived with the cupboard. I was an hour earlier to prepare stuff I might had forgotten. My father and I opened the skylight and fixed everything since there was some kind of wind.

In the meantime I was at my neighbours who had no power on her ship after her television went out. Her forepeak was filled with 5 cm of water. After some research, she discovered a no longer connected hose was the cause. One end was attached to the tank, while the other side was open. When the tank was filled, water started running out this small piece of hose. Remarkable how this small hose could cause such a disaster. Blankets, hatch cover, thins of paint, everything was in the water. Fortunately she was having a metal buiting, so the water remained in position an did not make it’s way through the bilges.

With four men we put the cupboard in two pieces, in the hold. We put back the hatches and went looking at the power supply of the neighbour’s ship. It was a busy evening, but a lot had been done!

15th July 2008 – Today I painted the roof of the front cabin. It was well damaged and scratched when putting the propeller a few months ago. Since it was a little heavy I had to drop it. Tomorrow they’ll bring a cabinet for the living room I last Saturday bought. Since we have to enter it through the roof, I had to remove all the hatches from around it. This took me over an hour. I found it the perfect time to paint the area around the big roof window. It had never been painted and the metal plates looked relative rusty. I had to clean the metal first, undo some scales of rust and remove all the dust. It looks much better, I even believe without hatches she would look nice. Since the hatches are helping to have less condensation, I’m going to keep them. Also, she looks more original.

Since I have one room finished, I notice I’m sitting more in the hold then in the back accommodation. It really gives me a good feeling!

13th July 2008 – This afternoon I went to the Cactus Festival. The last day brings a few good artists and groups like The Kills and Yossou N’Dour. 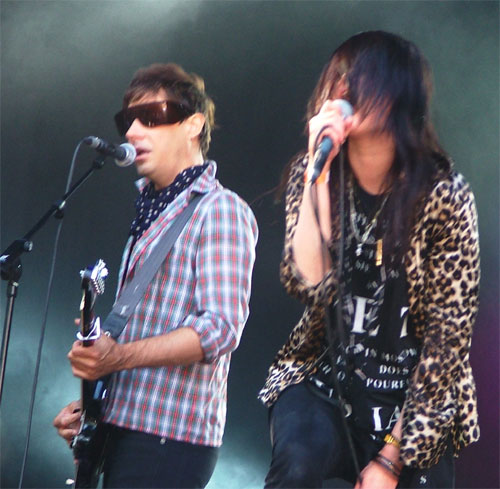 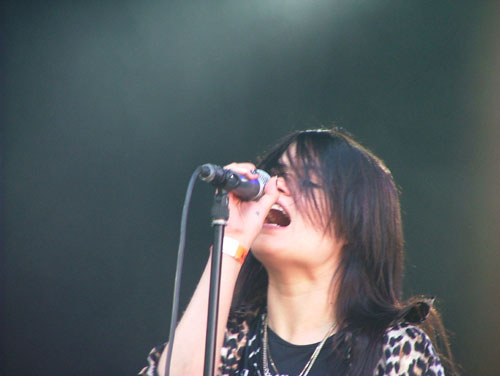 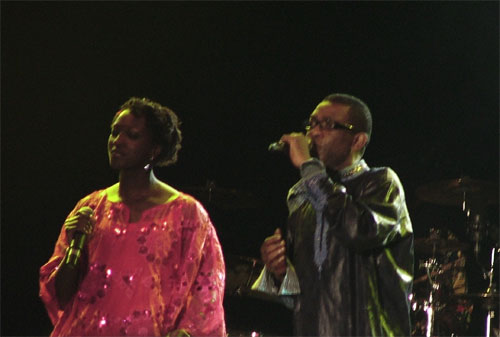 12th July 2008 – In the morning we finished the little floor underneath the stairs. The following job was to build the roof in the office space. The carpenter recommended to wait, but since I had seen how he built the walls, I started building it myself with my father. It took us all morning, but two third have been done. 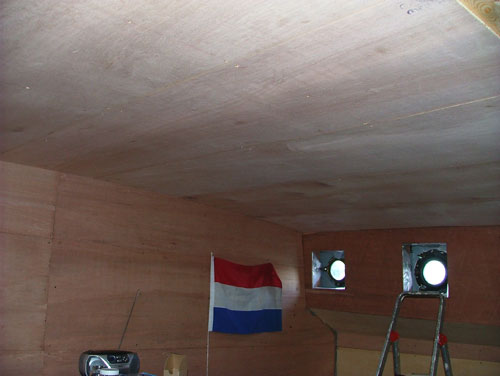 In the afternoon we went looking to a piece of furniture, described as a library. In the end it was a big *****. I bought it and it will be delivered on Wednesday. Not many people like oak furniture, but it is nicely build and undamaged, I decided to buy it. The price was good and it will nicely fit into my living room.

I took an old computer from my parents place and installed it in the office space in the hold. It makes the room less empty and more useful. I’ll use it to look up my plans or other important items needed during construction. If I wanted to make something clear, we all had to go to the back accommodation to have a look, now I can show it in the hold. 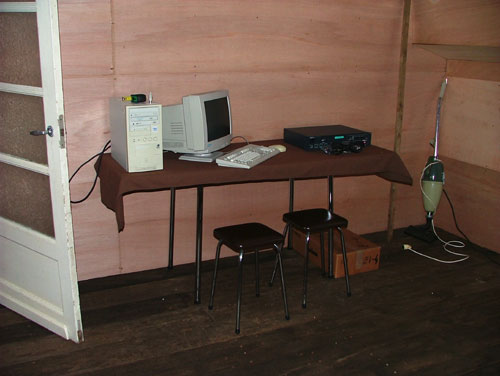