29th March 2016 – The afternoon started rainy. I mounted two light fittings, one in the bedroom and one in the bar. It took me over two hours to get the job done. I would never buy fittings from that brand again.

Weather was clearing up so I had a look at my leaking air vent. I couldn’t find the leak, only the damage it had caused. I decided to clean the rust from the inside and put a good layer of silicon on it. I did the same on the outside and closed the whole of the vent.

The silicon in the wheelhouse between the wood and the glass was nearly gone. I redid every window and a few gaps. I will have to find a solution of for the future. Half of the wheelhouse is being held together with silicon.

Years ago, I received a nice search light from Andy as a Christmas gift. I drilled a few holes in the roof and mounted the light. While doing so I noticed small wholes in the ceiling and some water. Since I had ran out of silicon, it will be the first job to do tomorrow.

In the corner of the wheelhouse is a small bench. It used to be full of water when I bought the ship. Last time I looked was somewhere in October last year. It was dry. hen I opened it now, it was full of water, running into the engine room and probably in the old accommodation as well. I started with a glass to remove the water. Since it was to much, I just drilled a whole in the wheelhouse to drain it. I hope with sealing the windows, I have stopped the leak. If not, I need to have closer look and therefore empty the wheelhouse.

28th March 2016 – Just an update with some pictures of what has been going on lately: 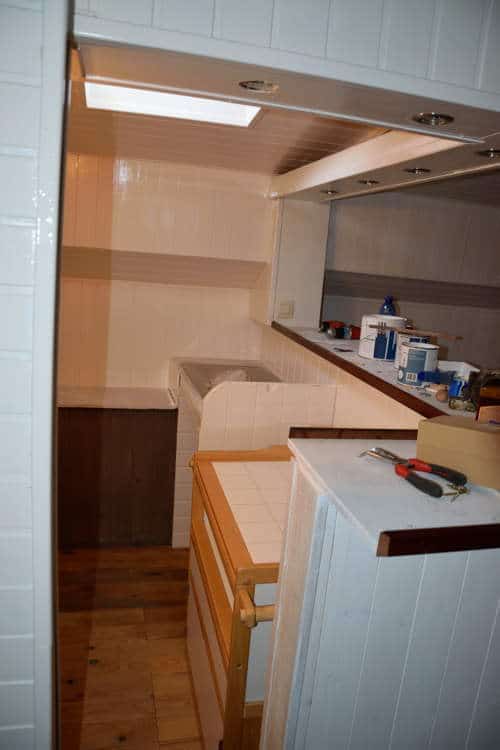 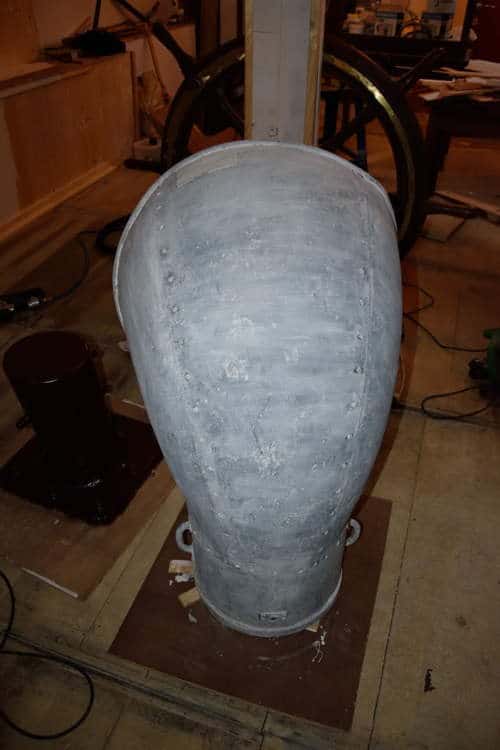 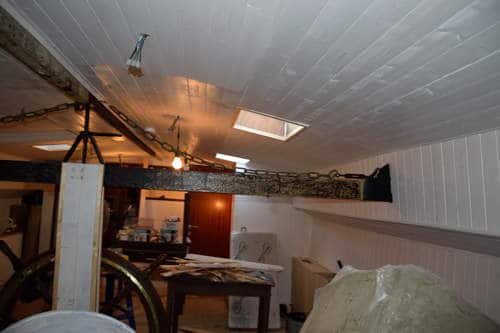 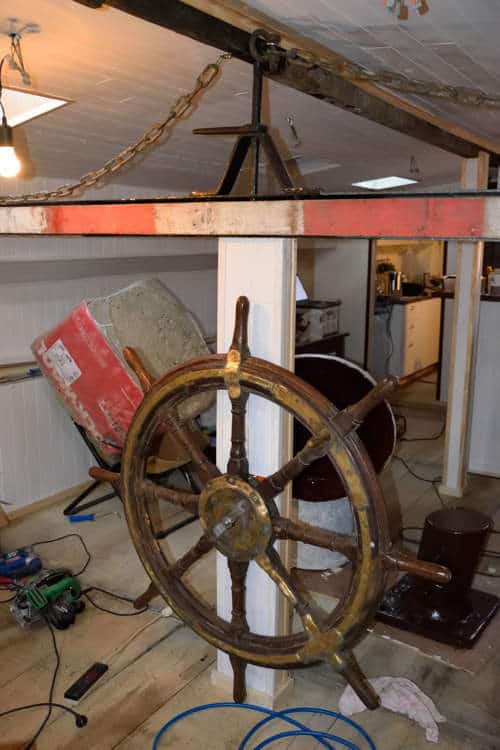 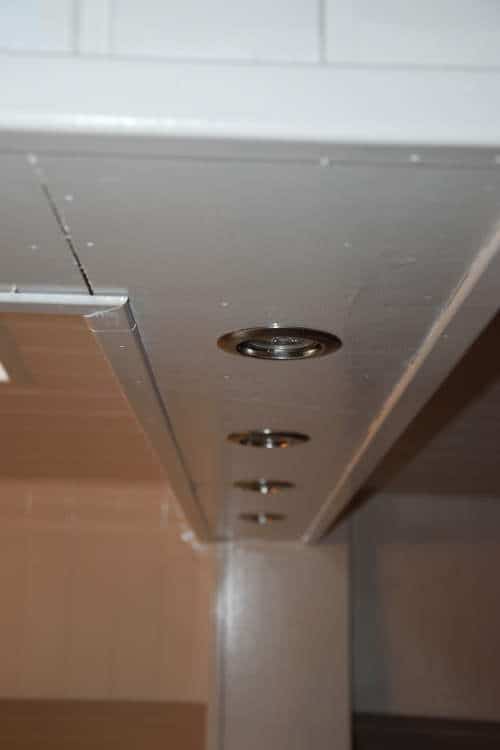 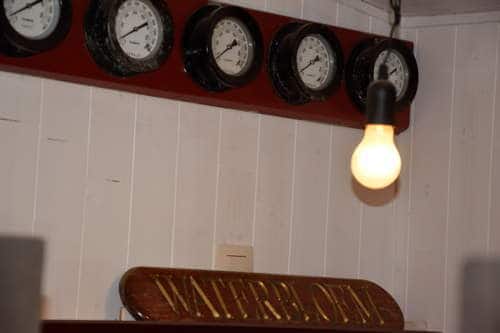 18th March 2016 – I had the assistance of some friend to remove the remaining part of the wheelhouse. In the meantime, I started building the entrance. A had two metal doors and a sliding hatch from another ship. It looks traditional, but there is a lot of work to make it fit. At some point, I started doubting whether I should use it or not… 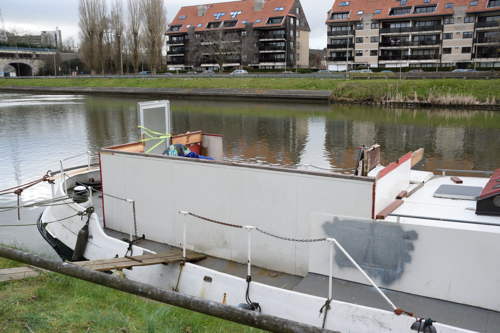 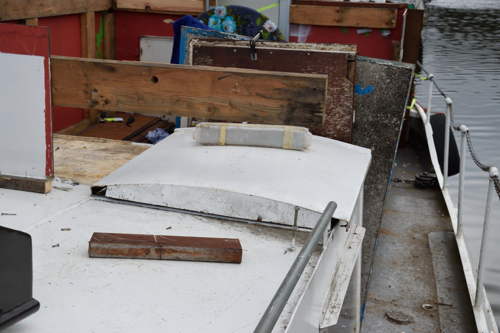 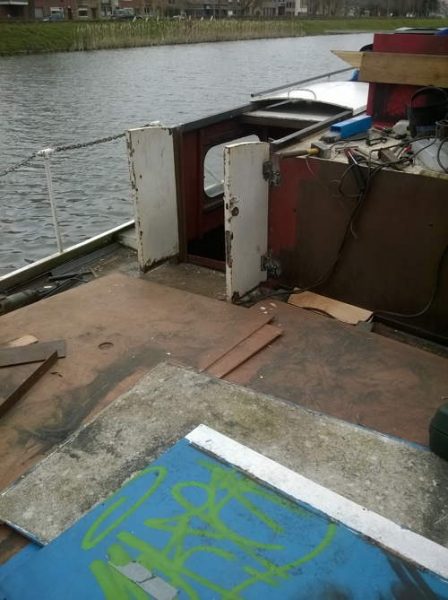 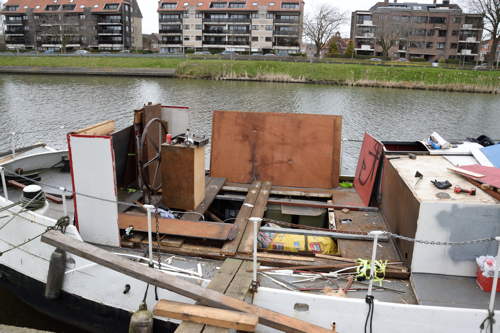 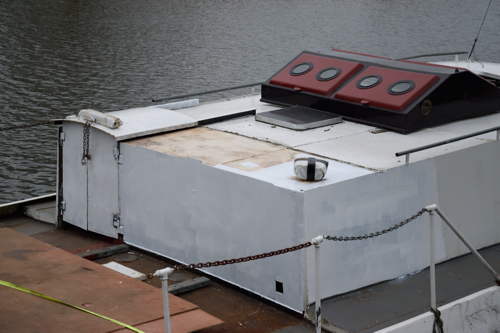 17th March 2016 – The current wheelhouse is ugly and not solid. It is big and made out of the wrong materials. The previous owner built it to double the inside space of the ship, a nice idea. I would like her to look a bit more traditional. Separating the wheelhouse from the accommodation and having a descent engine room. The current floor is built on the engine.

I estimated removing the wheelhouse would be a two day job. I’m only half the man I used to be… 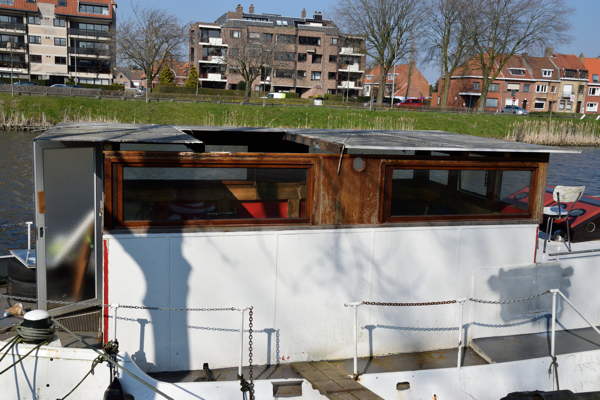 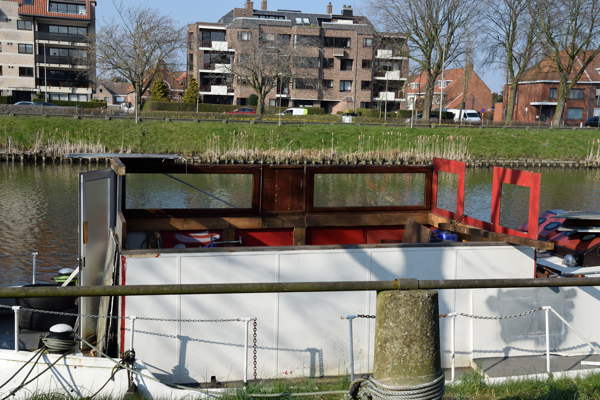 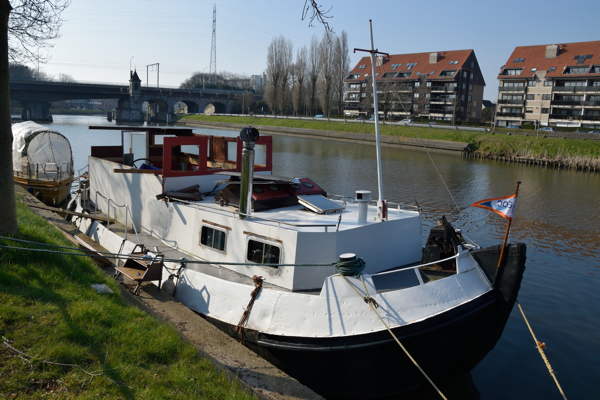 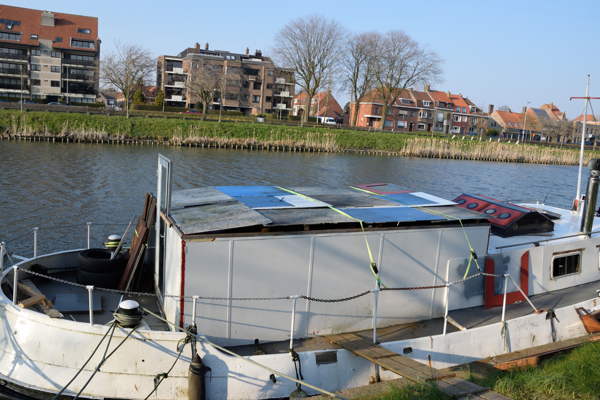 Aquarel – Drying out the floor

12th March 2016 – I started drying out the steenschotten in a forced way. There was becoming to much humidity in the ship and the air wasn’t feeling right. 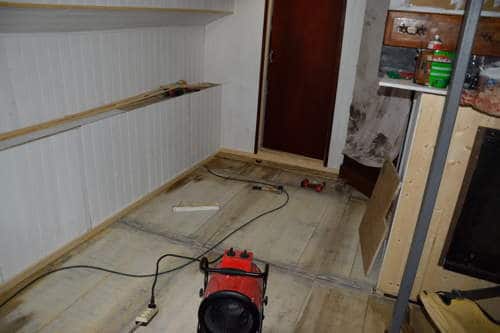 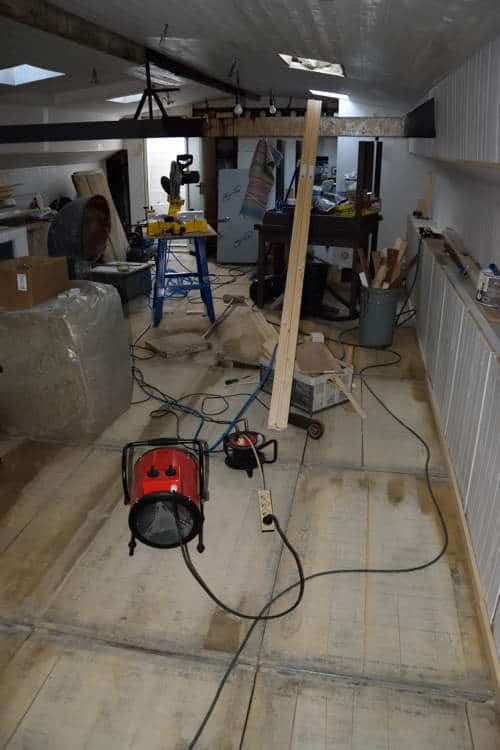 10th March 2016 – It is very important I start putting the steenshotten. They are wet because they were stored outside. I had to remove the side panels of the living room because the schotten didn’t fit and I didn’t one to cut them. 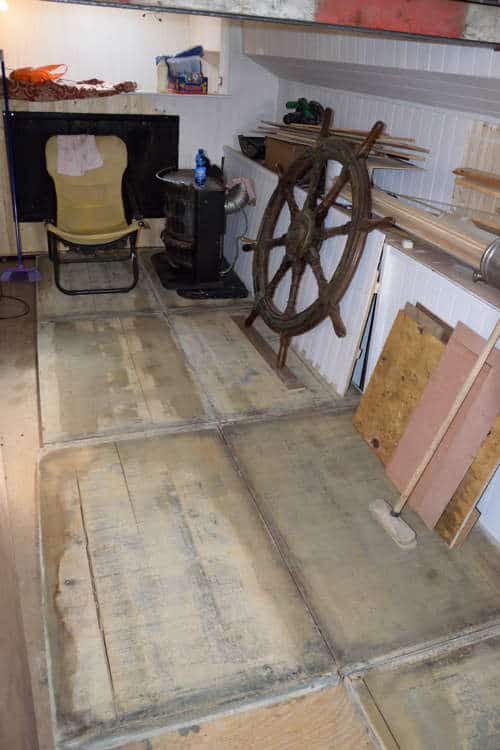 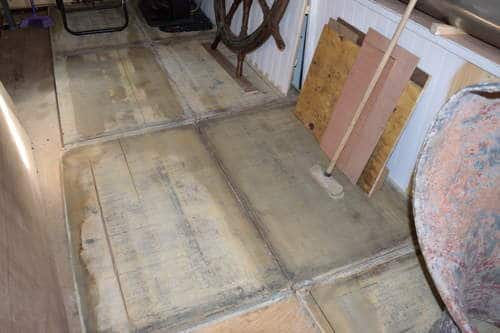 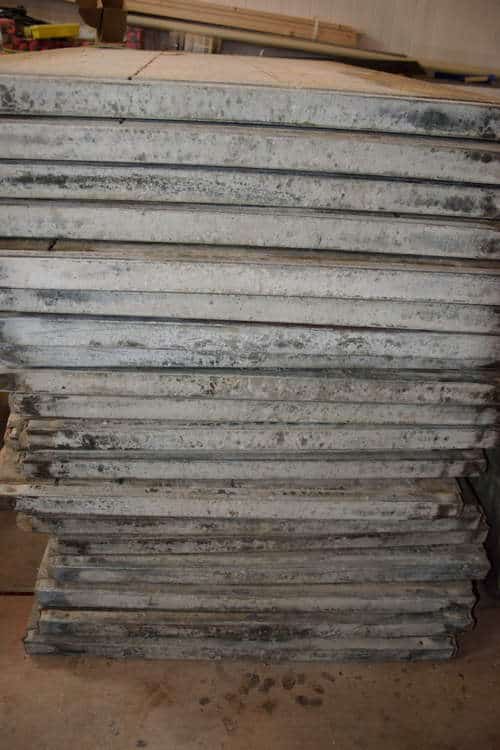 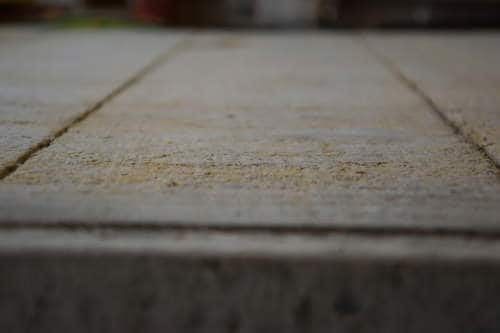 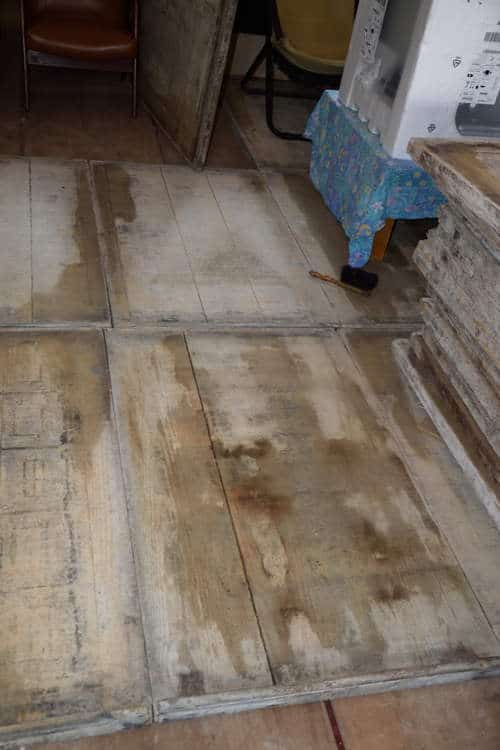 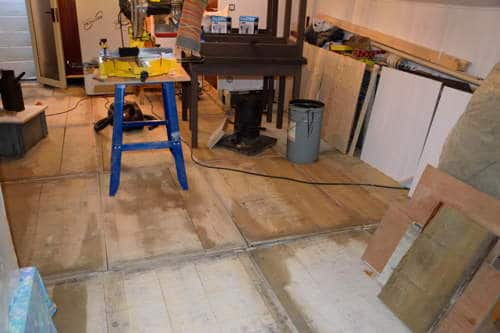 Aquarel – Getting the floor for the hold

9th March 2016 – The floor arrived today. I’m using ‘steenschotten’. These are hard wooden planks used in factories to dry the stones. While they were lowered in the hold, I also put in the furniture needed for later, when she will be used as an exhibition ship or museum. 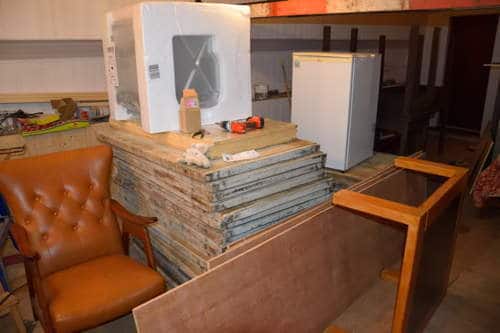 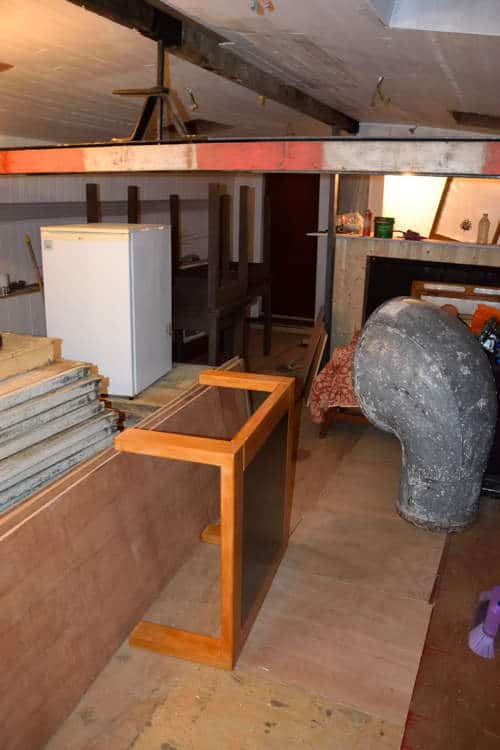 8th March 2016 – Another small update with some pictures. The hold is now clean and ready for the furniture and the floor. friends of mine will come tomorrow to help me with loading and unloading everything. 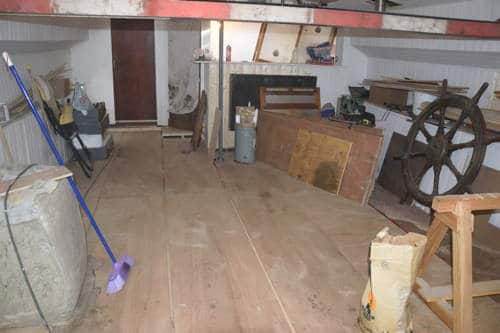 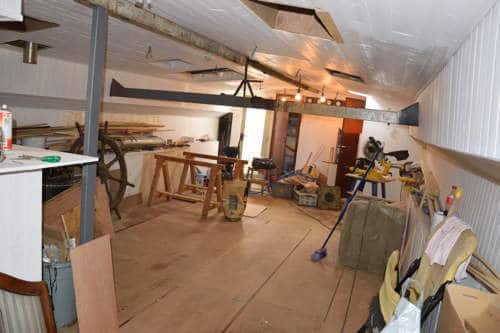 5th March 2016 – One of the first jobs that had to be done was removing the plastic windows and replace them with proper aluminum windows. I always used RAFA windows because of their quality. They are expensive, but if you look around, they are easy to find second hand. Last year I bought four windows. This means I have two more to find. Since I have some portholes left, I will put in two portholes. Saves me some money. 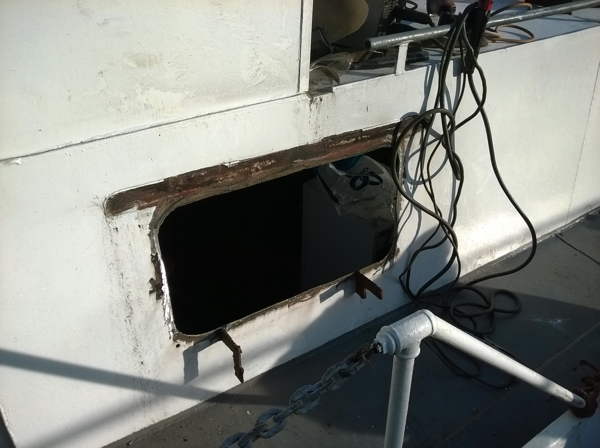 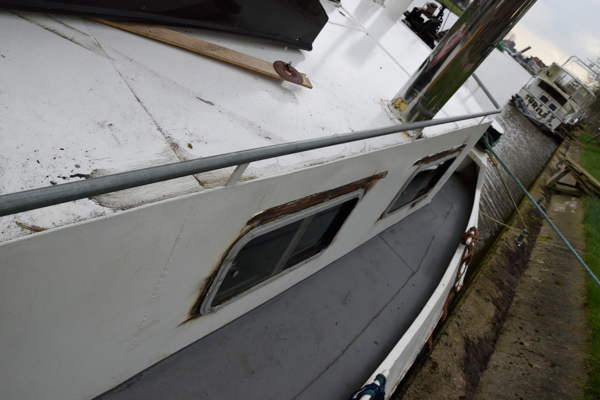 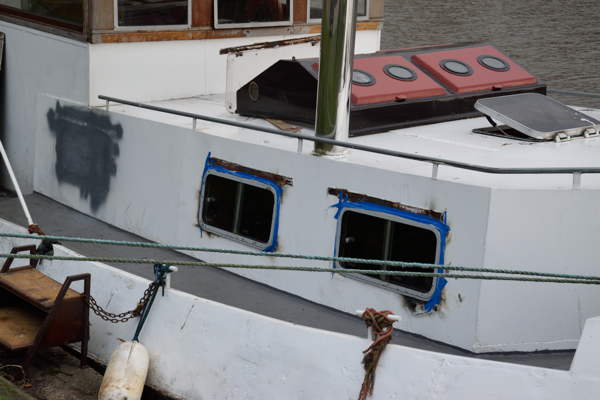