21st August 2019 – We left in Bruges at 6 o’clock in the morning.  Everything went well until we arrived at the lock in Ostend. They didn’t turn the lock and about fifteen minutes later, shipping police arrived to do a check up. The lock keeper didn’t believe we were seaworthy.

The paperwork of the ship was not aboard, so we got detained and had to stay in Ostend. We had no paperwork for the inland waterways and nothing for going to sea. So far  the first day of the crossing. The argument of the Belgian civil servant was to load the barge on a seagoing vessel and unload it in the United Kingdom. Even the Police found it ridiculous, but never the less we were stuck in Ostend. 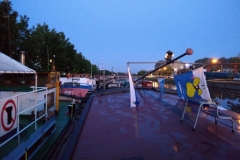 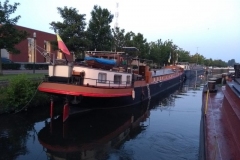 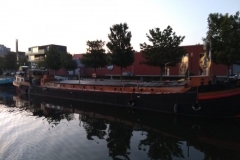 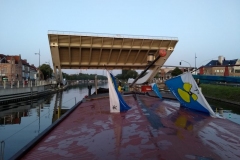 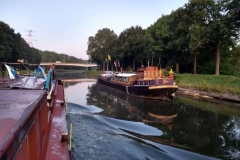 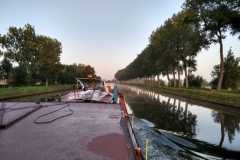 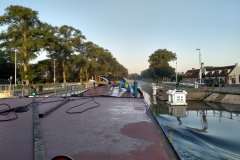 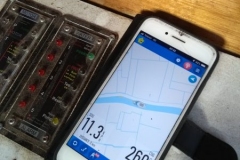 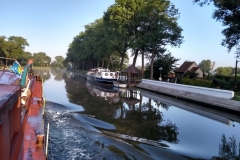 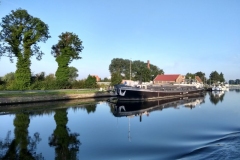 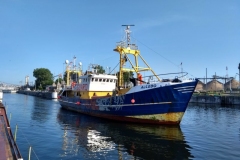 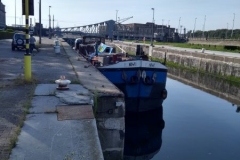 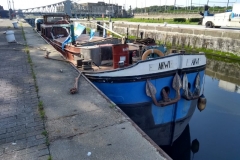 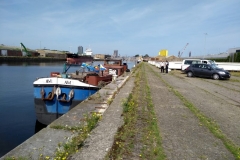 The wife of the owner drove to Rotterdam to the correct paperwork for the inland waterways. Let’s hope  that they release the ship tomorrow.

Preparations for the crossing
Sailing to Southampton – Day 2