19th March 2021 – We left early in the morning in Lemmer. None of us had a good nights sleep. It was cold and it had been freezing outside and likely inside. Anyway, we left on the IJsselmeer with a good wind.

The engine belt around the alternator and waterpump was making more and more noise. It was worn out and the inevitable happened, on the Markermeer it snapped, just when the wind was coming from the wrong side. We called a few ships, but they were all loaded and couldn’t take us alongside. Luckily a tug in the area offered us assistance and towed us into Amsterdam (Schellingwoude). It was so far the most relaxing part of the journey standing in the wheelhouse wit no noise!

The yard had arrived in the meantime to help sorting out a few problems. While on the IJsselmeer we discovered a leak in the hull, but this will be dealt with later. When the alternator needs to give power, it struggles and turns to hard, so the belt gets to much resistance. The alternator is now disconnected and we continued our journey till late in the evening.

We had to catch up the lost time and moored in Gorkum at 22 o’clock. A quick meal and straight to bed! 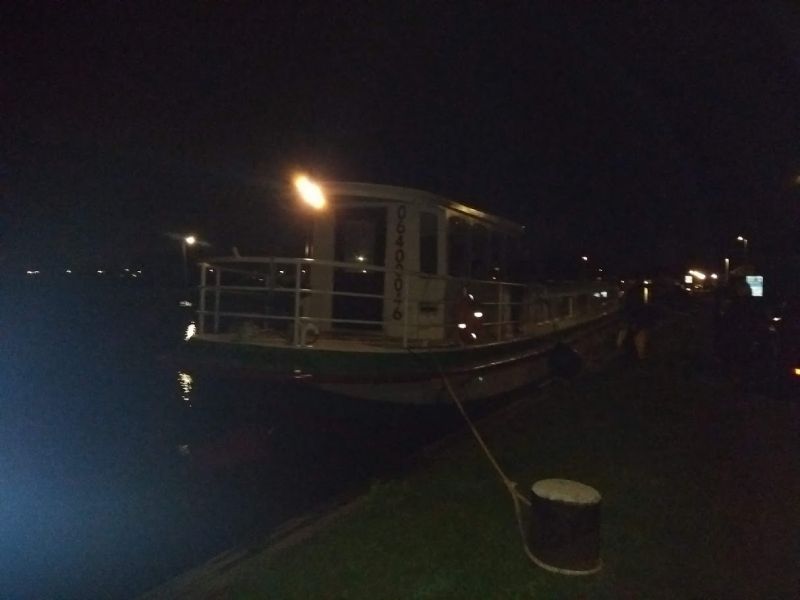 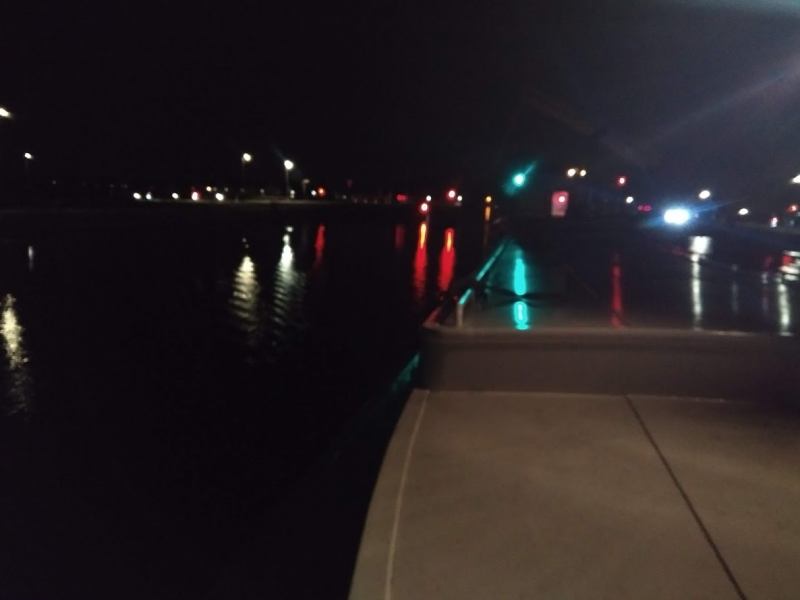 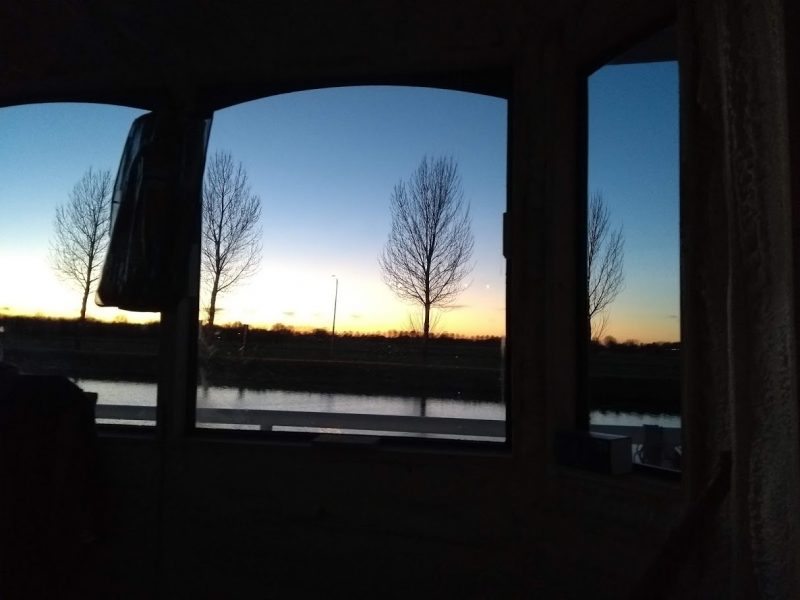 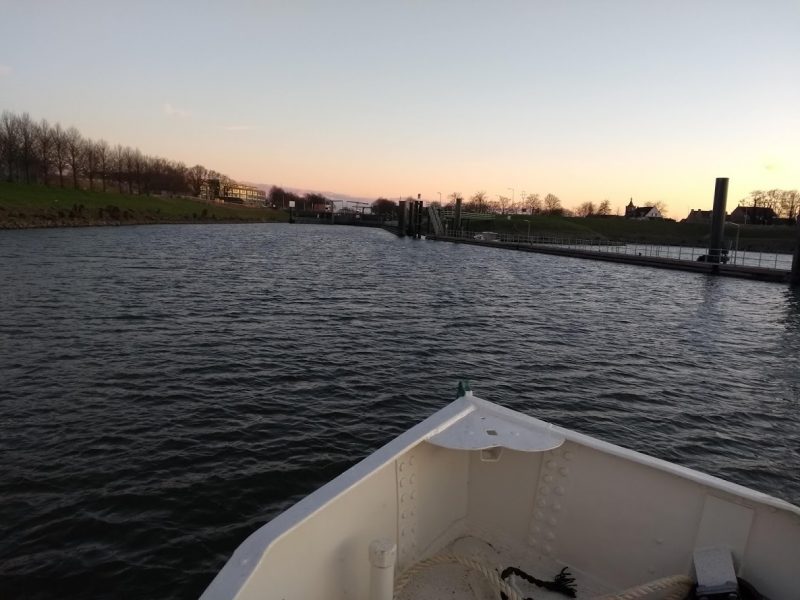 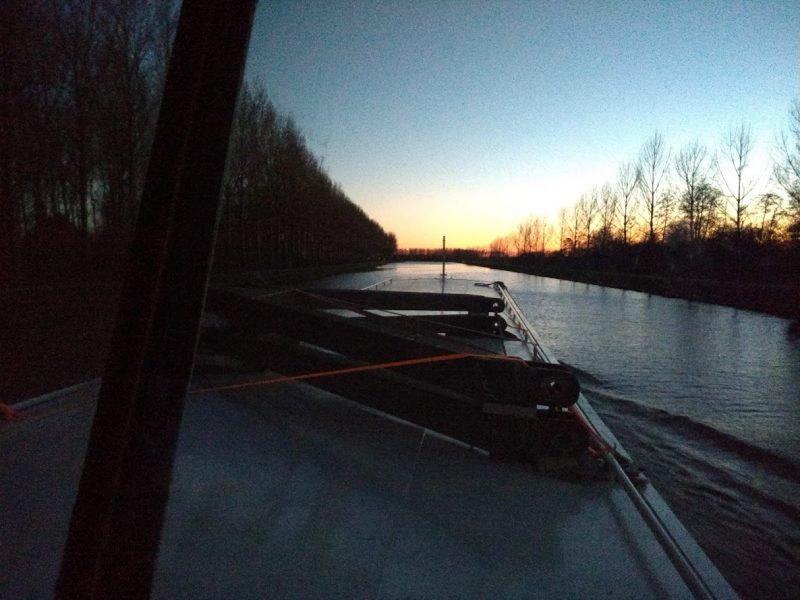 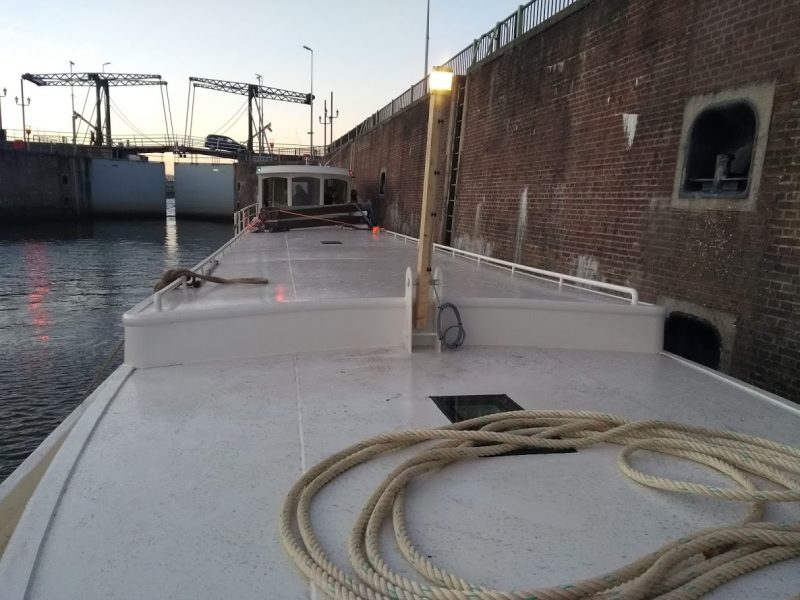 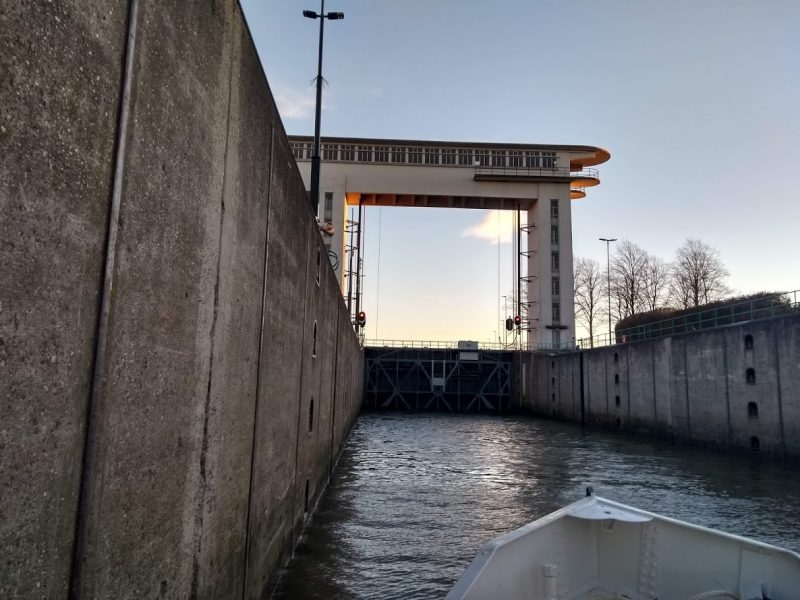 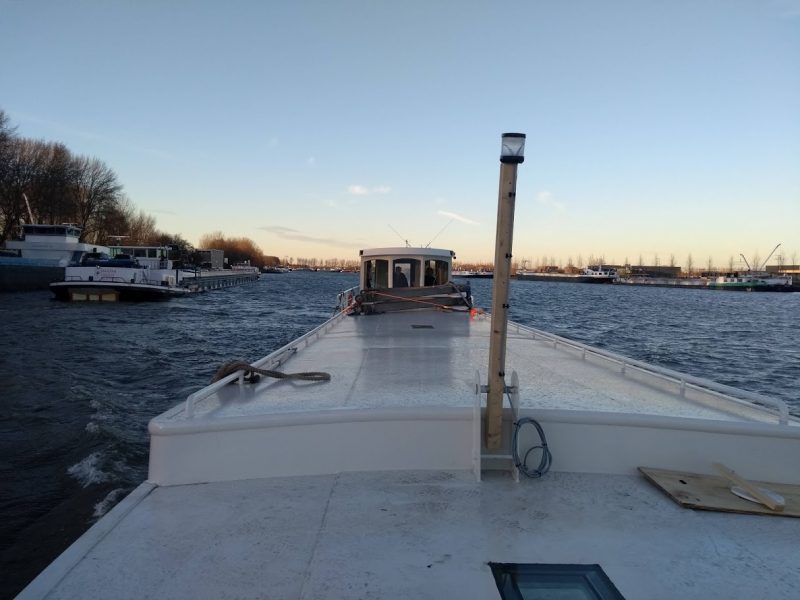 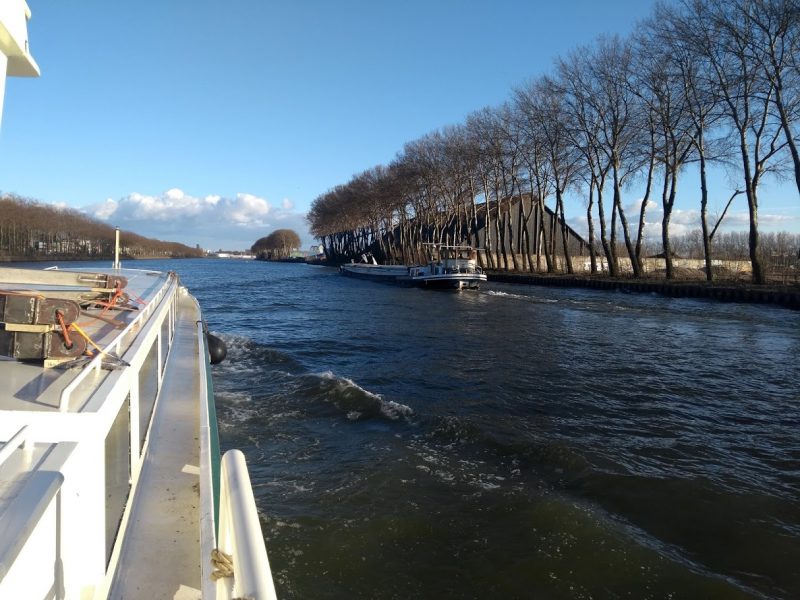 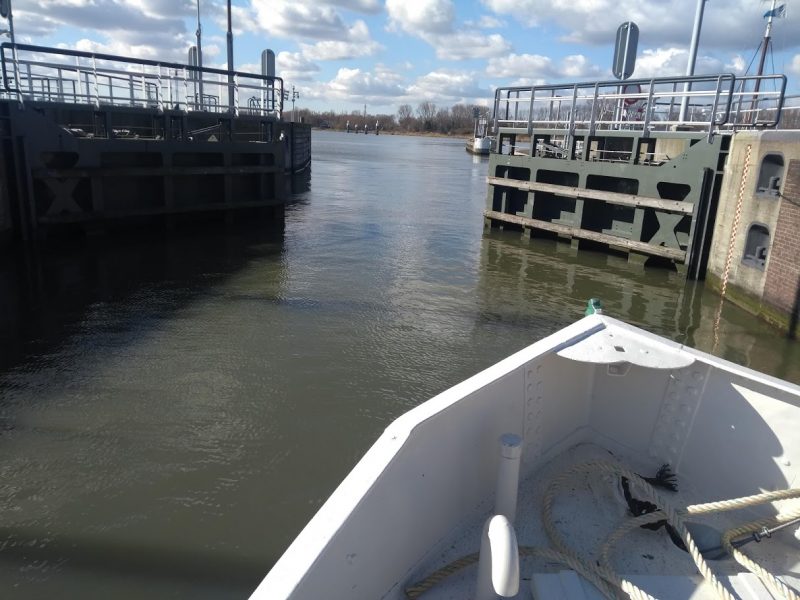 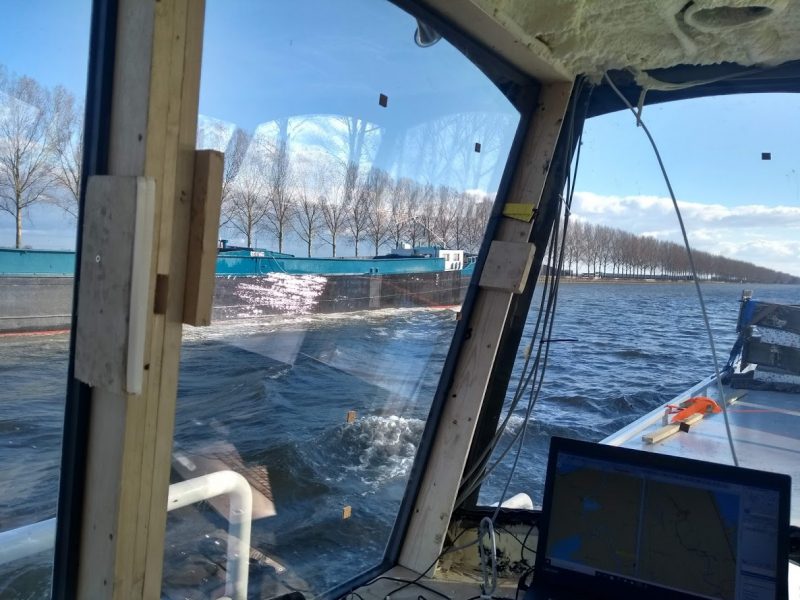 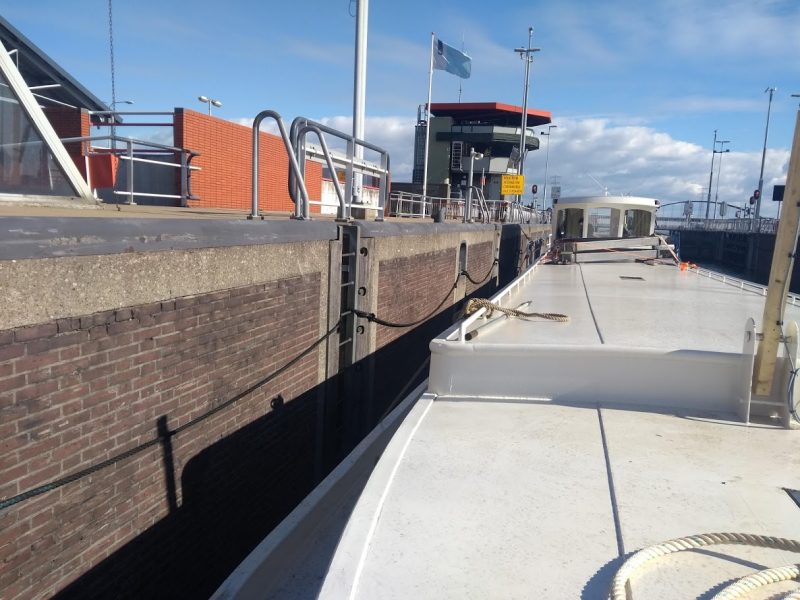 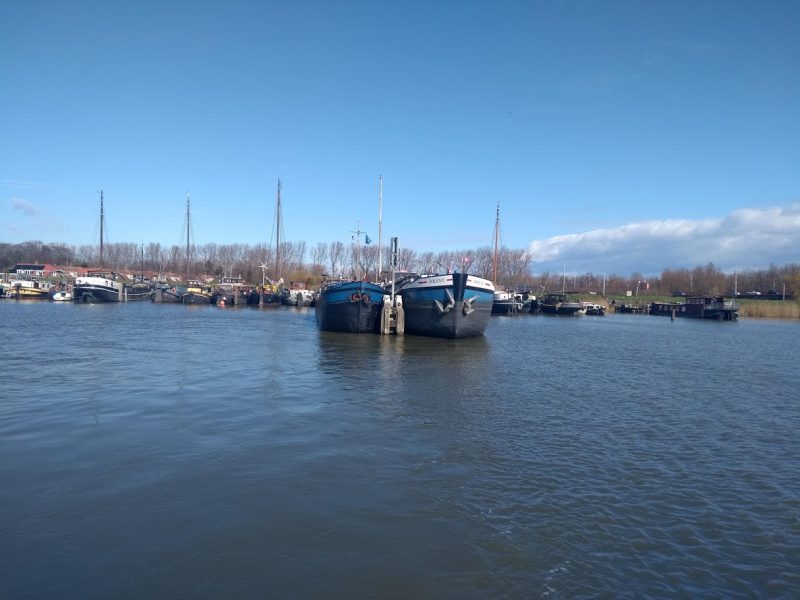 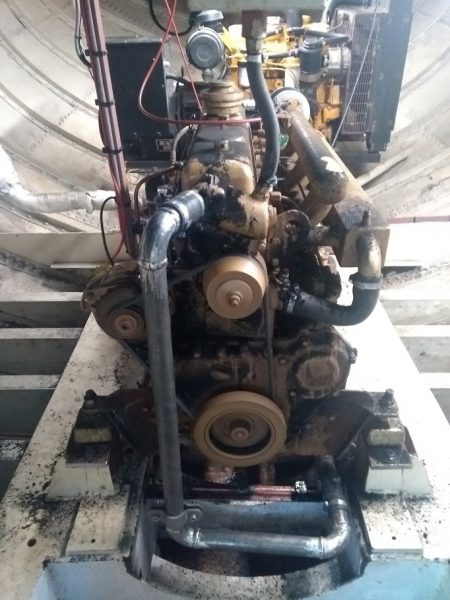 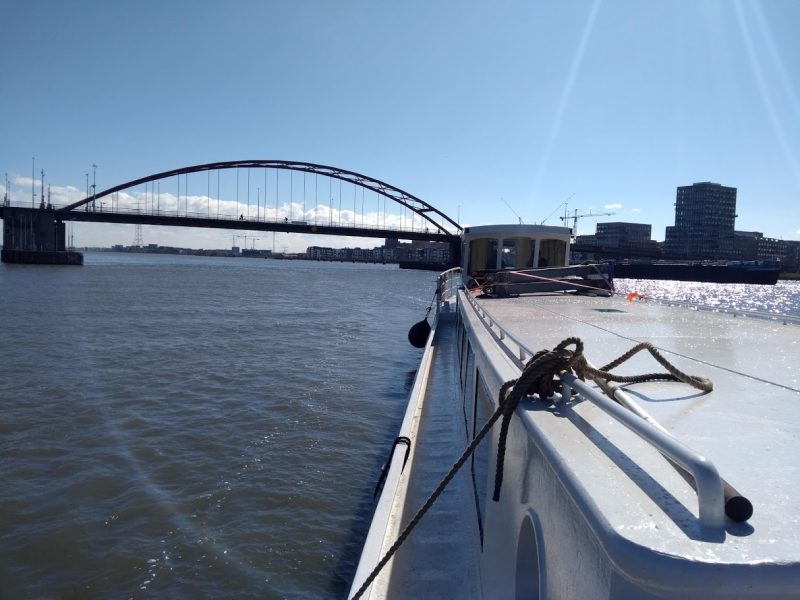 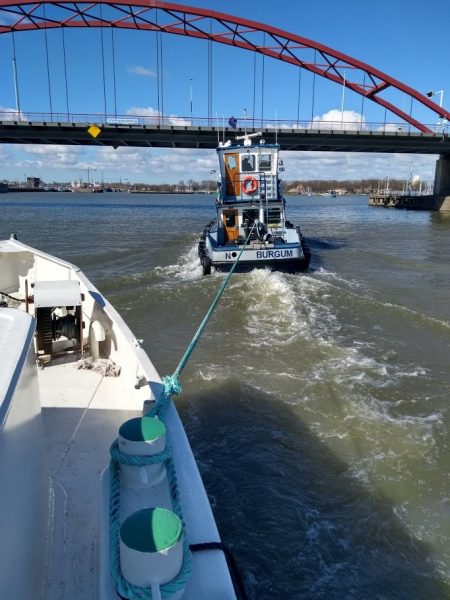 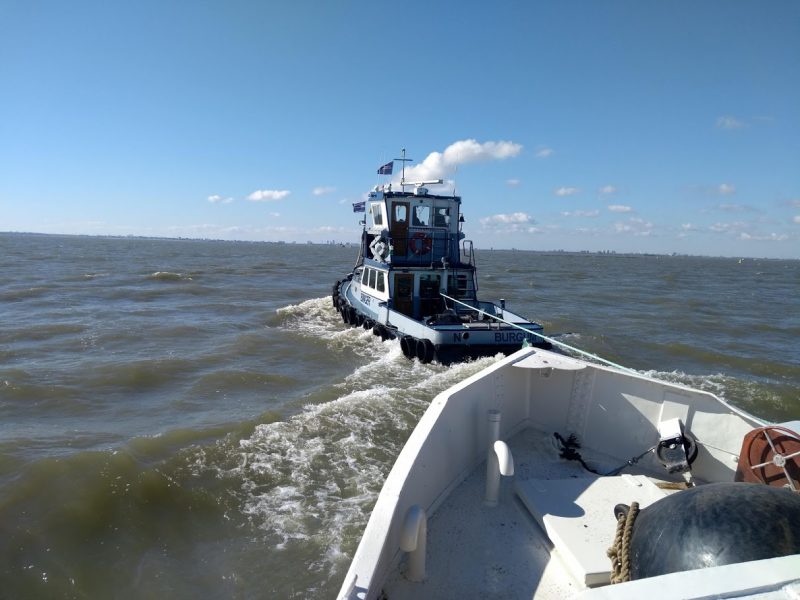 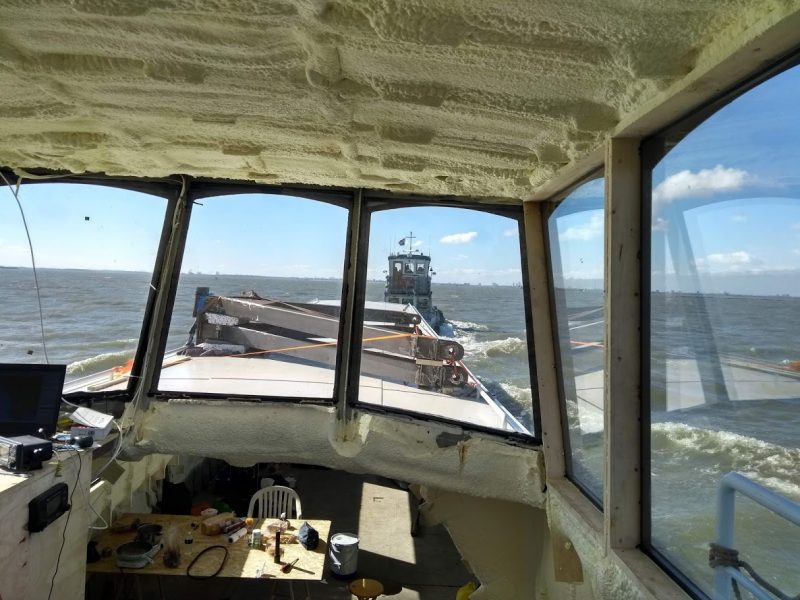 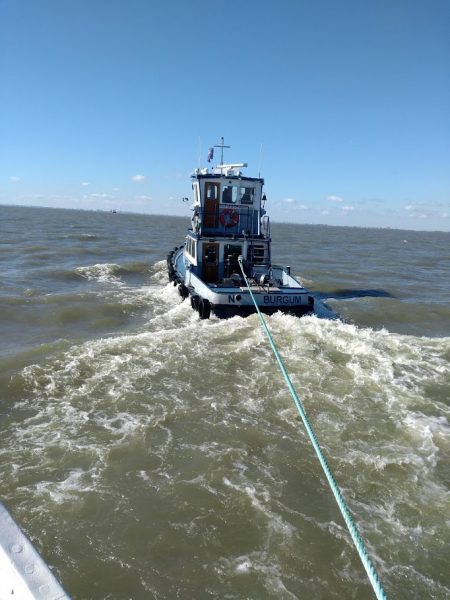 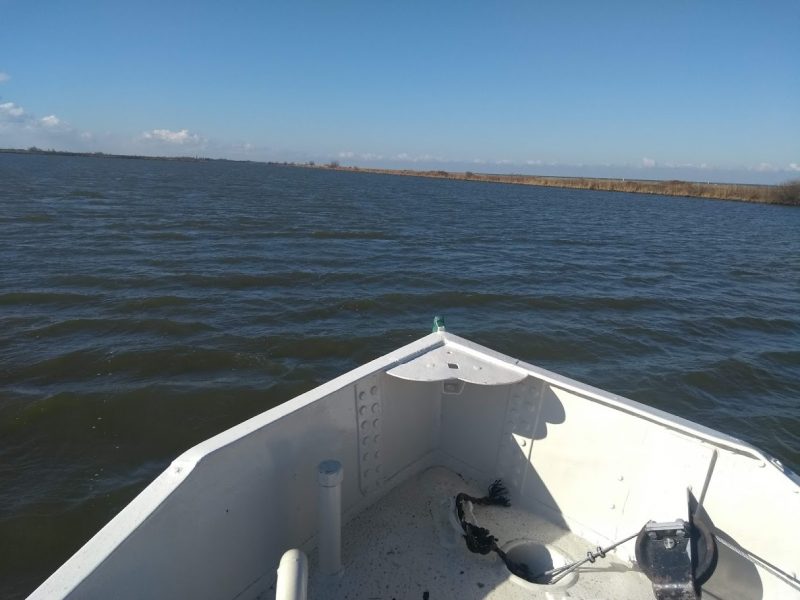 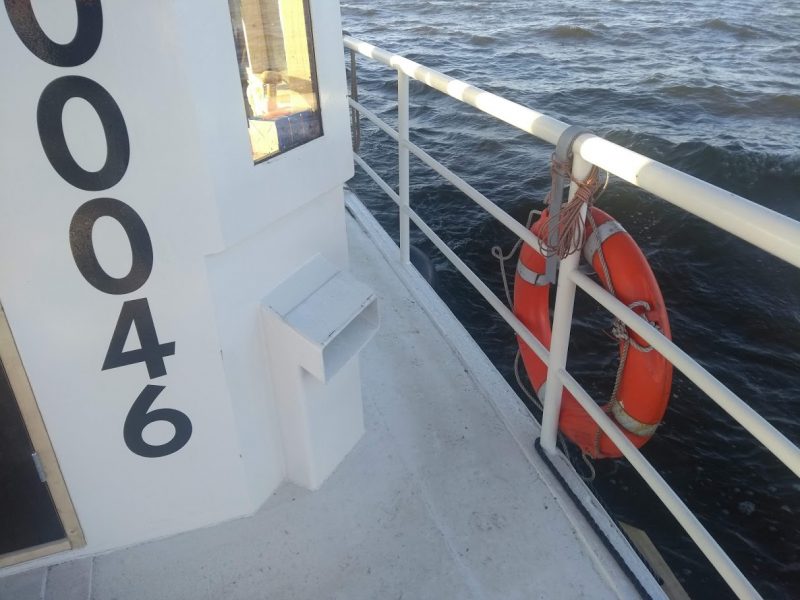 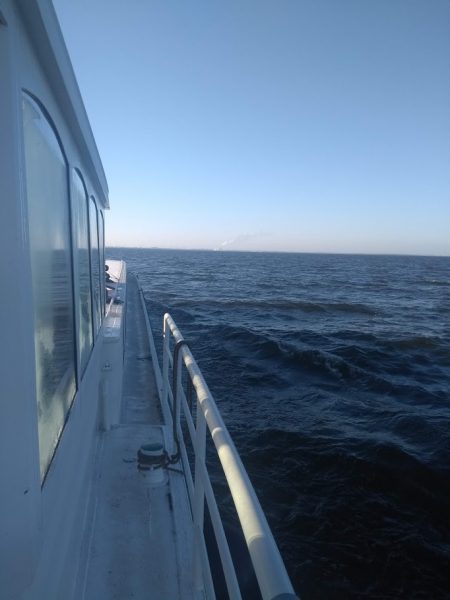 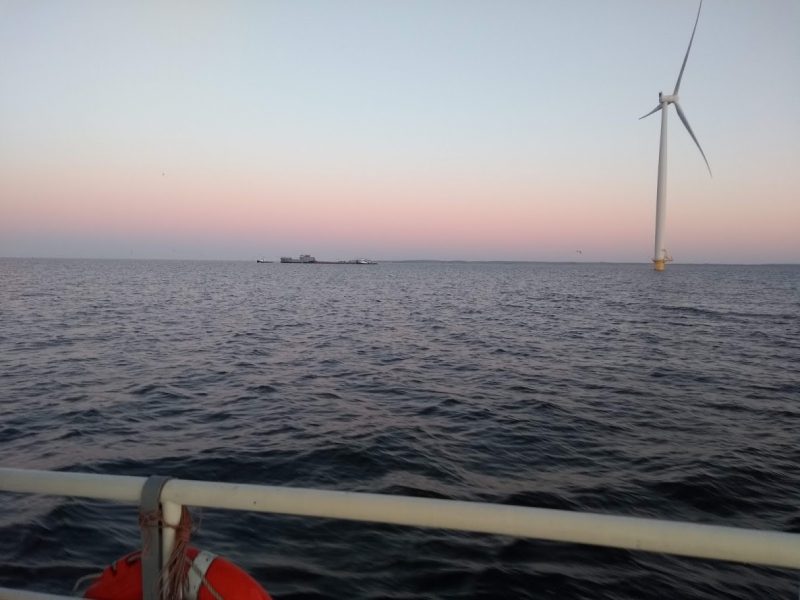 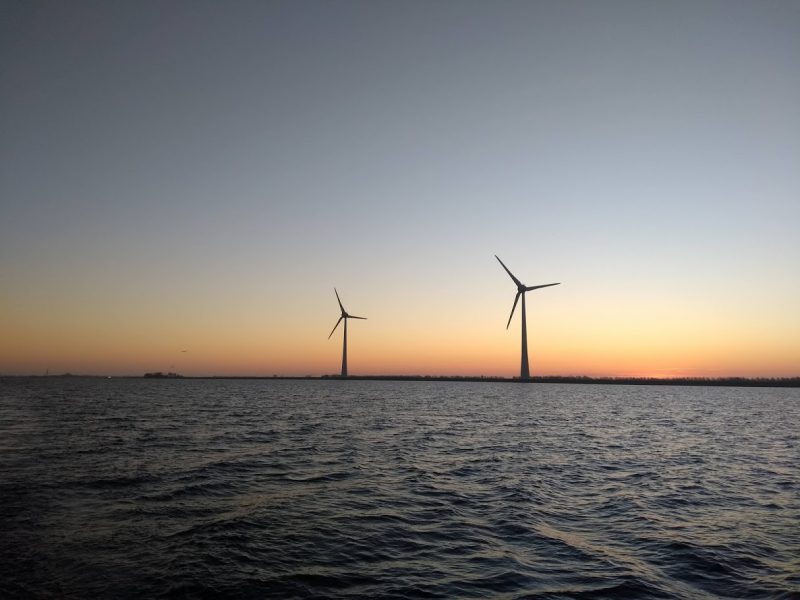 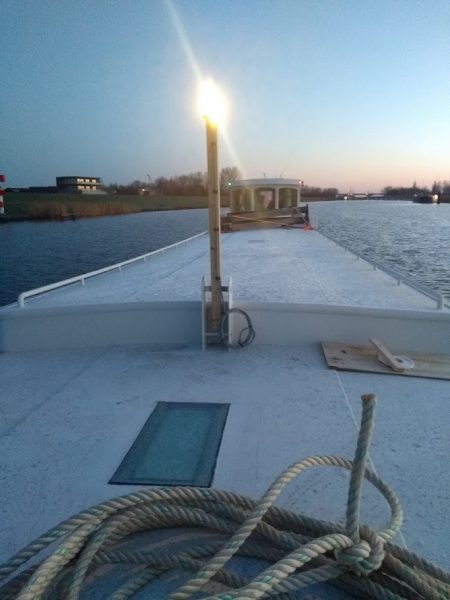 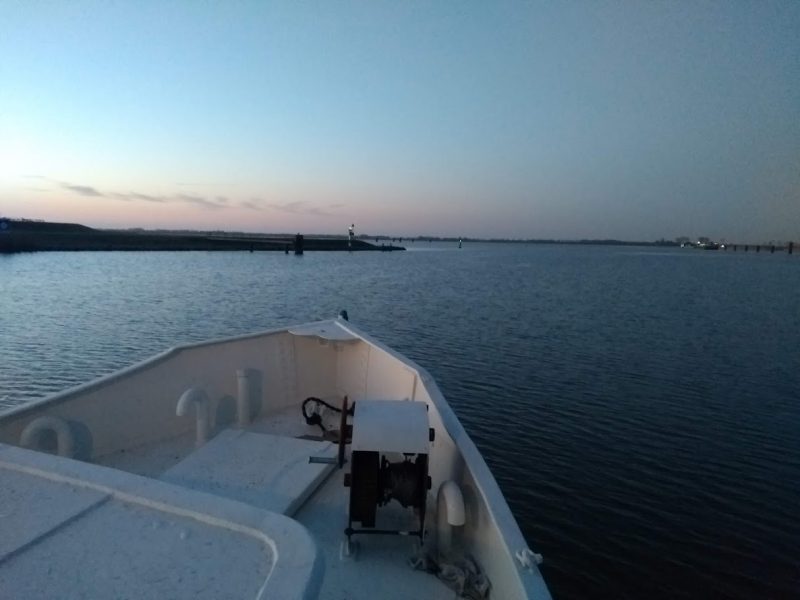